The most prevalent question asked by visitors to Denali Park’s newest addition, Henry’s Coffeehouse, is “Who’s Henry, and why does he have a coffeehouse?” The answer is never what people expect. After all, who names a coffeehouse after a sled dog?

Jon and Karin Nierenberg decided to name the new coffeehouse at EarthSong Lodge after one of their sled dogs. While all mushers will agree, every dog is different and special in some way, Henry definitely stands out as an exceptional example.

Born in 1987, Henry was purchased as a yearling. Checking in at 85 pounds, he fit right in with the medium size sled dogs. Henry had an exceptional career up until his retirement in 1999.

Expeditions took him and his fellow dogs to an amazing variety of places in Alaska and the north country. Henry was on trips in Gates of the Arctic, Northwest Passage, and the Iditarod Trail.

He and his intrepid fellow sled dogs survived an avalanche on the Golden Stairs along the Chilkoot Trail, and navigated through crevasses and ice-falls climbing 16,000′ Mt. Sanford in Wrangells-St Elias National Park. Henry also had extensive exposure to the glaciers on the north side of the Alaska Range in Denali National Park.

The coffeehouse honors a dog unique in the mushing world. Throughout the building at EarthSong Lodge, there are sled dog items and reminders of Henry and his companions.

Sled dog artwork and maps of Henry’s travels can be found upstairs in the dining area.

Every evening at 8:00 PM, during the slide presentation, guests can see photos of Henry and his fellows traveling through the park and up on the glaciers. We like to think that if Henry was still around, he would be extremely happy to spend time at the coffeehouse doing one of his favorite things…hanging out on the sofa, checking out what’s going on, enjoying some scratches behind the ears, and catching some ZZZZ’s.

The coffeehouse has a great espresso bar, breakfast pastries, bagel sandwiches, and cinnamon rolls.  The scenery is lovely there and we also have WiFi so guests can get their gadgets set up and check email (but it is a vacation so relax!).

At Henry’s Coffeehouse, run by EarthSong Lodge, guests can get light breakfast items and box lunches for trips into the park, along with excellent coffee at the espresso bar. 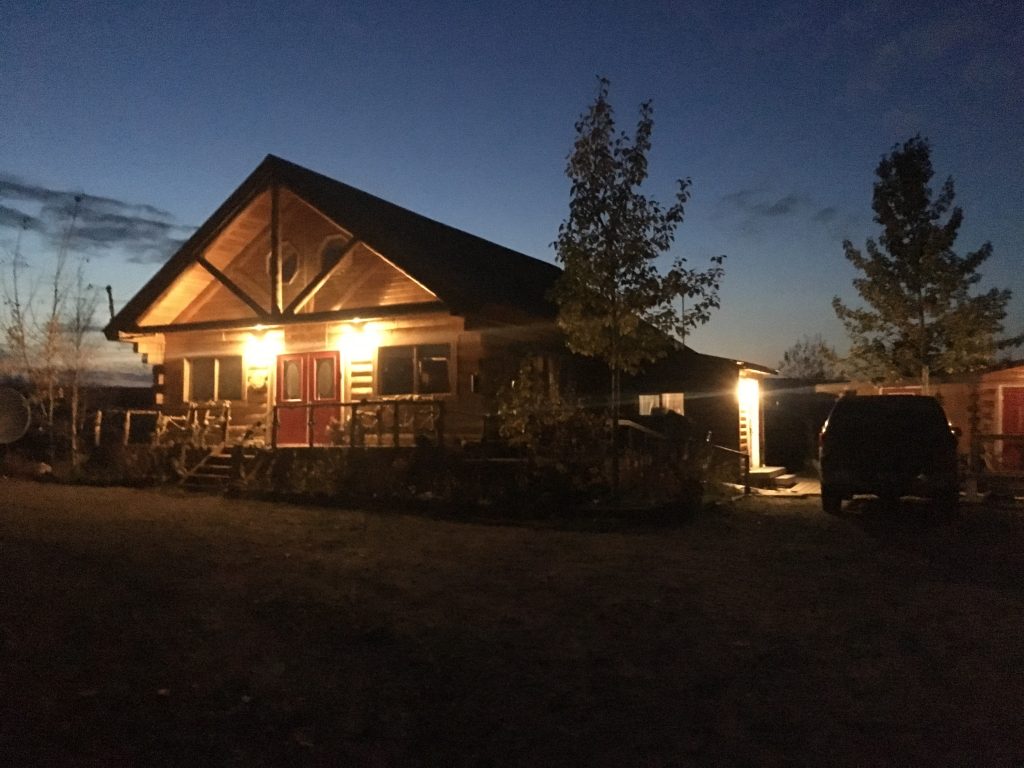